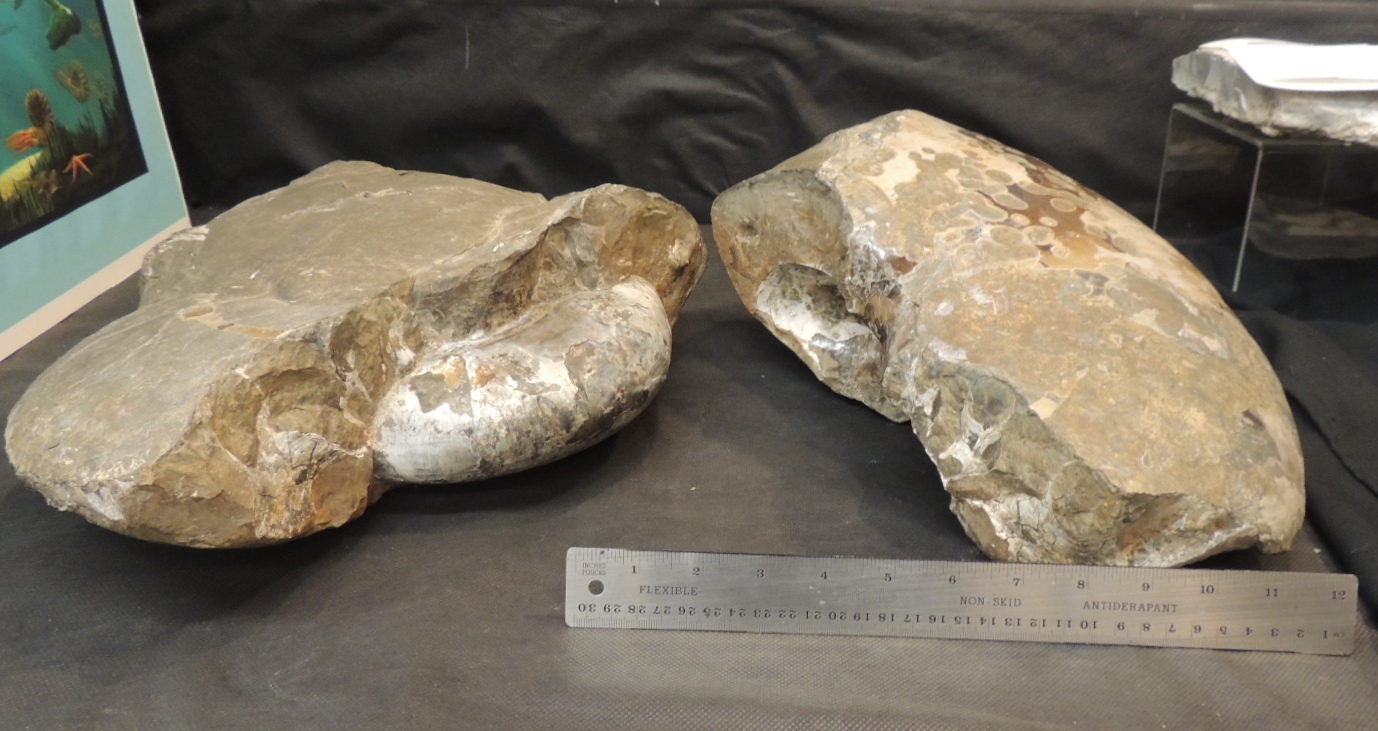 Occasionally people will inquire about whether ammonite fossils have been found on Hornby Island. Indeed, they have! Our featured treasure for the month of December is this giant ammonite that was found by Stevi Kittleson on the shore past the ferry landing.

Ammonites were shelled squid like creatures, swimming molluscs that were abundant in the ancient oceans. The nearest that we have today is nautilus. At the Natural History Centre a painting by Dan Bowen depicts a mosasaur chasing ammonite, one of their favourite prey. X-ray analysis has suggested that ammonites themselves dined on small organisms floating in the water, such as zooplankton, tiny crustaceans, and even other smaller ammonites.

When ammonite die they get covered up at the bottom of the ocean under sand and the shell is preserved. Learn about how an ammonite becomes fossilized in the following video. 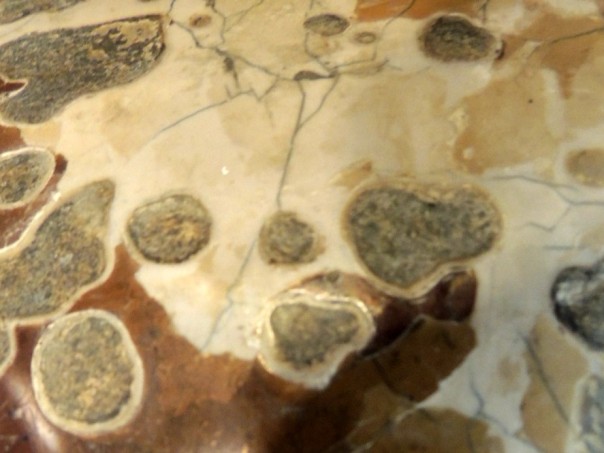 Close up of the giant ammonite shiny and iridescent shell found by Stevi Kittleson on Hornby Island. 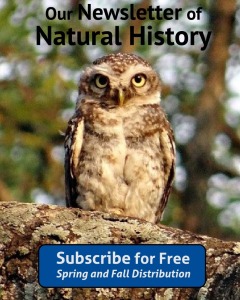